Today, we had our second day of the preparatory seminar. It was full of interesting presentations and we learned so much more. The afternoon talks with Michael Schranz and Dr. Andrea Braga were hold together with the project “Focus India”. So, we could discuss with the others and enjoyed it a lot.

The second day of the preparatory seminar started with an interesting and important topic. Dr. Louis Perron holds a PhD in political science from the University of Zurich. As a political scientist and consultant, he has advised politicians all over the world. In his speech, he talked about the U.S. presidential election 2016 and what we could learn from this happened event.

The 2016 U.S. presidential election were very special and after everyone thought that Hillary Clinton will win the election, it was a huge surprise that in the end Donald Trump made the race. But why was the outcome of the election unpredictable and why did Donald Trump win? Obviously, the survey institutes were wrong with their forecasts. Experts give different explanations about it: The polls didn’t represent all the people in the country. Also, one of the first indicators were the Exit Polls, shortly before the election. Both candidates were hugely unpopular on both sides. Even 18% of voters found both candidates were bad, but they needed to decide for which “evil” they would vote. In the end, more of those voters decided to vote for Donald Trump and made the difference in the swing states. “Choose between the evil they knew & the evil that promised a different course, enough voters in the crucial swing states went for a change!”

A lot of American citizen wanted change and with Donald Trump they got it. In his message, he clearly stated to change the government and its goals for the country. He promised to bring a change for the forgotten middle class. He will make America great again. Especially the blue-collar worker class in Pennsylvania, Michigan and Wisconsin voted for Donald Trump because he promised to look after them when he is elected. These Reagan Democrats voted traditionally for the democratic candidate but changed. The Clinton campaign underestimated the working class in the swing states and finally lost the election.

It was a pleasure to have Dr. Louis Perron by our preparatory seminar and we would like to thank you very much. www.perroncampaigns.ch Michael Schranz, former FHNW Student and head of Business Development at Apps with love, showed us how the digitalization is today and will be tomorrow, or in the future. Therefore, he started by the status quo. The first Topic was about the age of information. This means, the world is one huge platform which everybody uses. Secondly, the network effect plays a big role in the modern world. Only with enough users, a platform like Facebook or Google creates value and leads to growth.

World leading companies like Apple can set up their own rules. For instance, Apps with love have to send their created apps to Apple and then they decide, whether it will be uploaded to their store or not and to which conditions.

The key point is that a company has to adapt the digitalization. Otherwise the company will fail in the future.

Regarding the future, there will be some changes, probably within the next 15 to 20 years. Some of them are:

–    The era of real time communication

Furthermore, he told us what makes a company creative. People, process, product and climate/environment are the main aspects. Besides, you have to separate the process of finding ideas and valuating ideas. The great speech of Michael Schranz was completed with some videos of their created apps which showed us some interesting insights.

We would thank him again for this absolutely interesting speech. It was also great to see how successful FHNW students can become. Also, many thanks to Michael Schranz for organizing the second speech of that afternoon. More about it right below. www.appswithlove.com

What’s important for a start-up company? This and other questions answered today Dr. Andrea Braga from eedoctors in his speech. He is one of the Co-founders of this start-up and brings a lot of experience in. He holds a PhD, is a lecturer at four universities and now he is also an entrepreneur. “Each start-up company needs a good marketing because the people have to know you.”

Nowadays, the healthcare is confronted by several problems such as demographic changes or insufficient services. In contrast to this, the healthcare from tomorrow will include a higher service level, more individualization as well as digitalization. Moreover, an analysis has shown that 70% of the clinical issues could be treated by videos.

But what is the advantage of such a new business model like eedoctors? First of all, you have no longer any waiting or travel times. You do not need any appointments because of the 7x24x365 system. Furthermore, the best doctors are available in any case and from anywhere.

Finally, we learned that social presence is especially important in the launch phase. This will help to build on an online community by sharing engaging relevant content and building deeper relationships with networks, industry peers and influences in order to grow awareness and brand perception. Another warm thank you for coming and introducing this interesting topic to us. www.eedoctors.com #eedocsGoLive Now, we are ready and really excited about our visits of Google in Zurich and the Embassy in Bern. 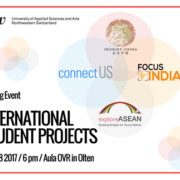 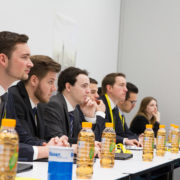 First day of the preparatory seminar 2017 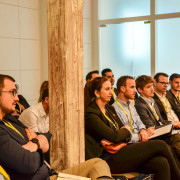 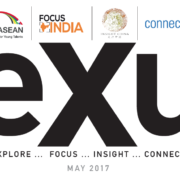 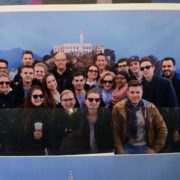 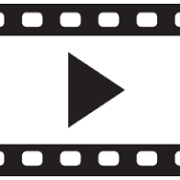 Want to join the discussion?
Feel free to contribute!

This site uses Akismet to reduce spam. Learn how your comment data is processed.

First day of the preparatory seminar 2017

Third day of the preparatory seminar 2017
Scroll to top