Finally, we are thrilled to present you the destinations where our Seminar Abroad will take place. Our project team has worked day and night to plan this year’s trip to North America. We can’t wait to show you. Our journey will take us to the East Coast of Canada and the United States. Learn more about one of the oldest Cities in the United States, the Financial Capital of Canada and the City that never sleeps… 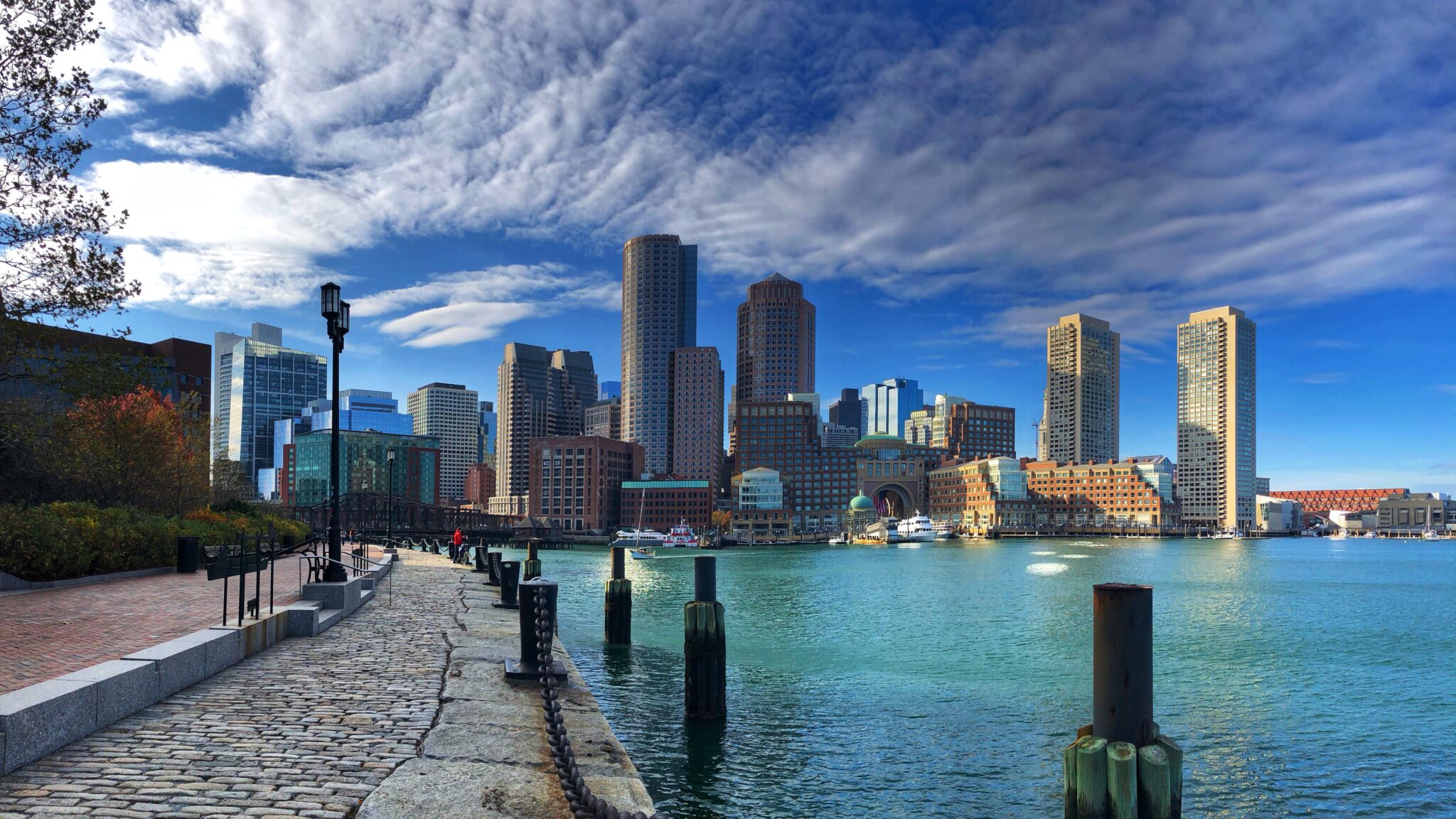 Boston is one of the oldest cities in the United States. It is the capital and largest city in the state of Massachusetts and the largest city in New England. Boston is considered the economic and cultural center of the region. With a 2008 estimated population of 616,535, Boston is also the anchor of a substantially larger metropolitan area called Greater Boston, home to 4.4 million people and the tenth-largest metropolitan area in the country.

By the mid-1800s, the city’s industrial manufacturing overtook international trade in economic importance. Until the early 1900s, Boston remained one of the nation’s largest manufacturing centers, and was notable for its garment production and leather goods industries. A network of small rivers bordering the city and connecting it to the surrounding region made for easy shipment of goods and allowed for a proliferation of mills and factories. Later, a dense network of railroads facilitated the region’s industry and commerce.

Boston’s colleges and universities are not only major employers but they also attract high-tech industries to the city and surrounding region. Boston is also a major hub for biotechnology companies.

Boston’s major league teams—The Boston Red Sox, Boston Celtics, Boston Bruins, and New England Patriots—have won a greater percentage of championships per season played than the teams of any other four-sport city. The Boston Celtics were founding members of the Basketball Association of America, one of the two leagues that merged to form the National Basketball Association (NBA). The Celtics have the distinction of having more national titles than any other NBA team, with 17 championships from 1957 to 2022. 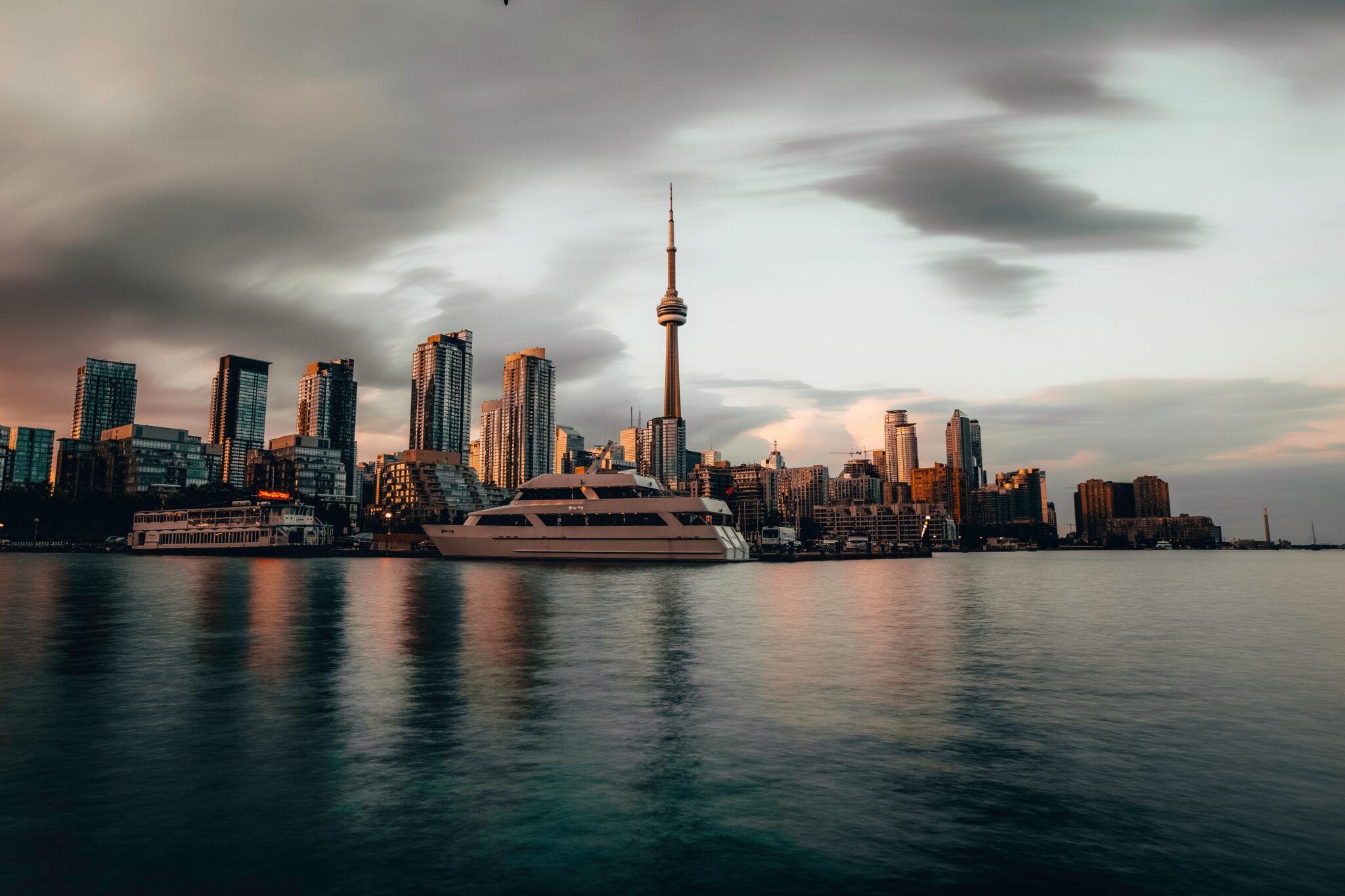 Toronto is the largest city in Canada and the fifth-largest metropolitan area in North America. Located on the northwestern shore of Lake Ontario, Toronto is the economic center of the Canadian Province of Ontario and the seat of its provincial government. As Canada’s economic capital, Toronto’s leading economic sectors include finance, business services, telecommunications, aerospace, transportation, media, arts, film, television production, publishing, software production, medical research, education, tourism and sports industries. The Toronto Stock Exchange is headquartered in the city, along with a majority of Canada’s corporations.

Toronto is a major international centre for business and finance. Generally considered the financial capital of Canada, Toronto has a high concentration of banks and brokerage firms on Bay Street, the city’s main financial street. The Toronto Stock Exchange is the world’s sixth-largest stock exchange by market capitalization. All of the Big Five banks of Canada are headquartered in Toronto.

The city is an important centre for the media, publishing, telecommunications, information technology and film production industries. Although much of the region’s manufacturing activities take place outside the city limits, Toronto continues to be an important wholesale and distribution point for the industrial sector.

New York City, officially named the City of New York, is the most populous city in the United States, and the most densely populated major city in North America.

The city is at the center of international finance, politics, entertainment, and culture, and is one of the world’s major global cities (along with London, Tokyo and Paris) with a virtually unrivaled collection of museums, galleries, performance venues, media outlets, international corporations, and stock exchanges. The city is also home to the United Nations, along with all of the international missions associated with it.The city includes large populations of immigrants from over 180 countries who help make it one of the most cosmopolitan places on earth. Many people from all over the United States are also attracted to New York City for its culture, energy, and diversity, and by their own hope of making it big in the “Big Apple.”

Historically, the city developed because of New York Harbor, widely considered one of the finest natural ports in the world. Today, New York City is the chief center of finance in the world economy, with Wall Street in Lower Manhattan’s Financial District. Financial markets based in the city include the New York Stock Exchange, NASDAQ, American Stock Exchange, New York Mercantile Exchange, and New York Board of Trade. Many corporations also have their headquarters in New York.

Although football has become the most popular American professional sport, in New York City baseball arguably still stirs the most passion and interest. The New York metropolitan area is the only one in the United States with more than one team in each of the four major sports (football, baseball, basketball, and ice hockey), with nine such franchises.