Cultural differences between Switzerland and the US – Ronnie Klein

Ronnie Klein likes giving hugs and is a typical American (no fan of New York Yankees), who honored us with his presence at our Tuesday morning and shaked up our preparatory team in the early hours with his amusing and open-minded speech about the American Culture. His awakening stories about the college life in the United States and the importance of education demonstrated some major differences in the way of thinking between the Swiss and American Culture. He for example emphasized that the social aspect at the American college plays a major role when it comes to studying, whereas in Switzerland universities put more focus on the knowledge gained rather than integrating leisure activities into the education program.

While guiding us through the topics of Internationalism and Business Culture, Ronnie nicely stressed out the differences without judging and rating countries on which do better in what aspect. All in all, according to the laughter, questions and active listening of all participants, it certainly was a successful glimpse into the American culture. 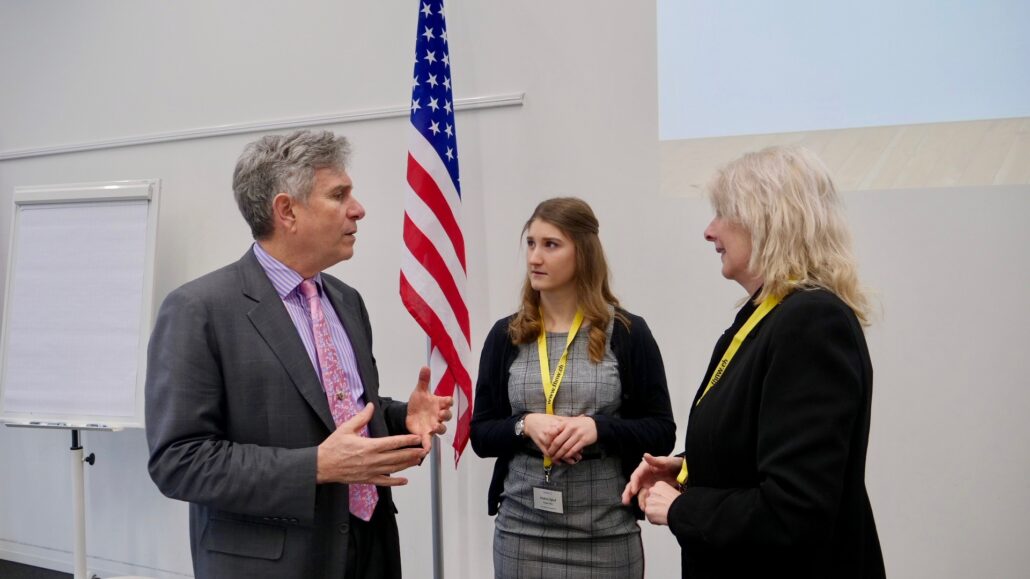