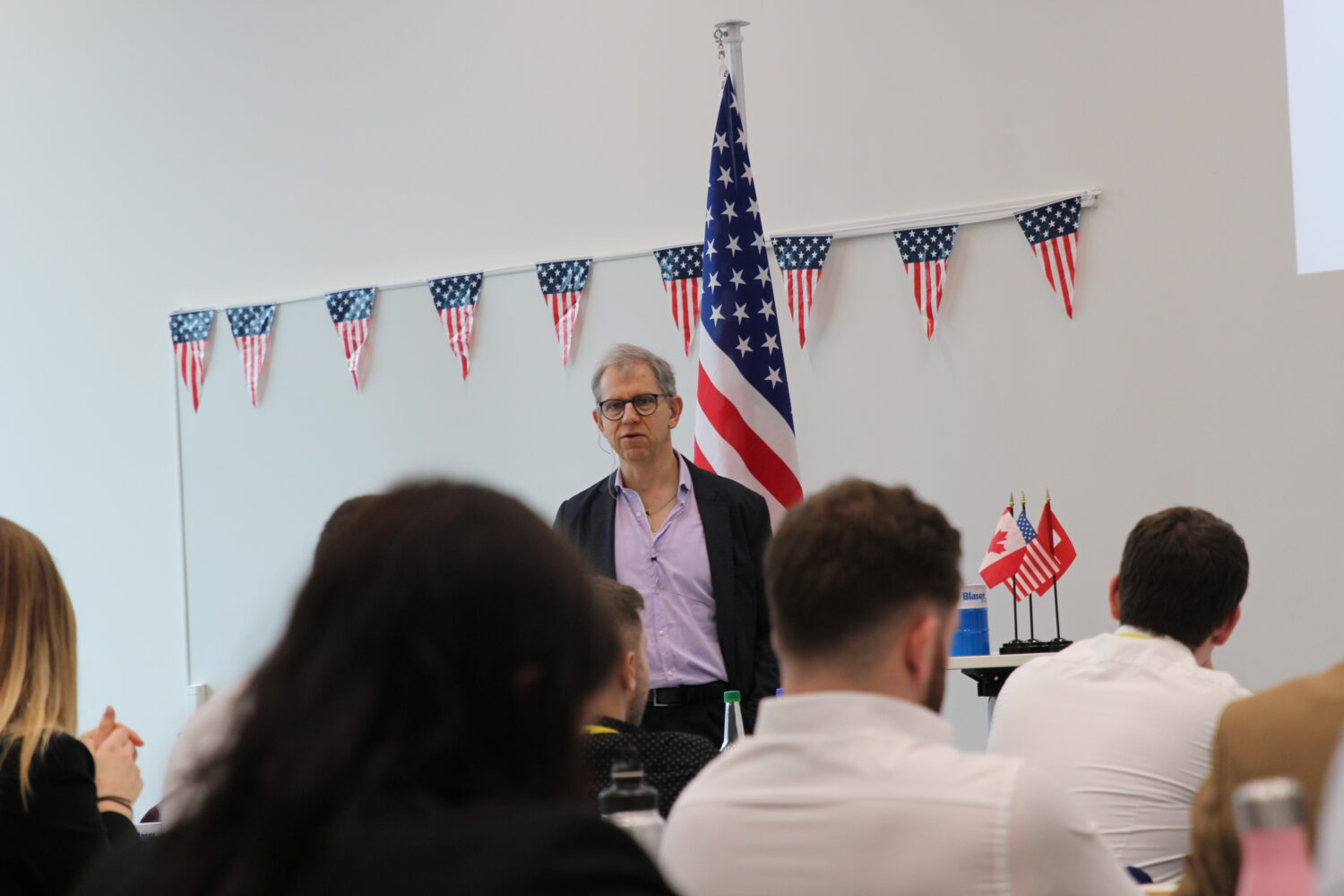 The opening section was followed by an extraordinary speech held by Dr. Christian Zeyer, CEO of swisscleantech. Extraordinary because it did not comprise a regular speech but rather a briefing that was directed towards the connectUS delegates. The training was about the ongoing initiative “CEO4Climate” with which signatures are collected from CEOs who want to contribute to climate change in Switzerland. This initiative was introduced back in 2019 with the goal to push the parliament to action when it comes to climate politics.

After introducing the initiative and giving some advice on how to approach the CEOs, the delegation members were asked to find out more about the provided online platform and the procedure. Later in the afternoon, the students got the opportunity to start working on their task which includes the collection of at least four signed letters per group.

Discover the potentials of sustainable business