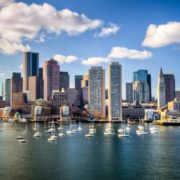 Boston – the Silicon Valley of the east coast!

Well known for it’s universities, Boston is way more than only a student city. Very fast one considers that there is a high business potential. In more detail it is the health care and tech hub of the United States (or even the world). Of course this is triggered by universities such as the MIT, Harvard, the BU or many more. So, similar to the Silicon Valley with the Stanford engine, but on the other side of the country.

Swissnex Boston added great value to our program and enabled us to get insights into normally confidential areas. We were able to get a tour at the MIT (incl. Media Lab), the Cambridge Innovation Center (incl. Venture Cafe) and also had interesting speeches such as one from Hampus Hillerstrom from Proclara Bioscience or Pascal Marmier from Swiss Re.

Furthermore we had the valuable chance to visit Pixability. Bettina Hein, CEO and Founder, welcomed us and motivated us with her passionate speech to become an entrepreneur. We hope we can contribute to reach her goal of creating 5000 jobs for entrepreneurs!

Big thank you to all these people that made our Boston stay unforgettable. Especially we want to mention here Jonas and Francesco from Swissnex Boston. We highly appreciate your engagement! 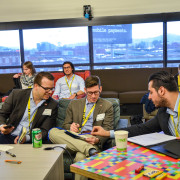 This morning the first stop of day five in San Francisco was at the headquarter of Indiegogo, an international crowdfunding website. Indiegogo is one of the first companies that offered crowdfunding that allows people to fund money for a start-up business by opening your idea to a community through its platform.

Udayan welcomed us in Indiegogos headquarters and told us the story behind Indiegogo with a focus on the basics of a successful campaign and explained the fundraising mechanism. The company has a global audience and is present in 204 different countries that do business through Indiegogo. Their believe is that the crowd should be the one that decide which innovative ideas are going to be supported with funds, instead of Venture Capitalists.

The reason why a startup should consider Indiegogo as a platform to raise money is due to the possibiliy of global campaigns, further is Indiegogo open for everyone in the sense that ther is no application process, and everyone can launch an idea on its platform. And last but not least the company has a strong customer focus and therefore it is open and transparent.

For answering the question why a start up should regard crowdfunding as an option gives Indiegogo five reasons. It is possible to validate a market, data can be captured and the three most important things are that on this platforms a direct interaction with customers take place, identities can be early adopted and money can be raised. They are very transparent about the data they capture. Startups have fast and direct access to all the data of their customers, which helps them to tailor its approach and identify their target audience.

After his presentation Udayan showed us around Indiegogos headquarters.

In the afternoon the connectUS delegation went to Zynga an American provider of social video game services which was founded in 2007. Kayleigh, responsible for university relations,  warmly welcomed us in the impressive and colorful lobby of Zyngas headquarter.

Zyngas office is really colorful designed and each part has its own motto. A big concern of Zynga is that their 1000 employees have a good work life balance therefore the company offers  free food, happy hour and spaces to relax or play games. The connectUS delegation was invited to feel home and could enjoy some Frozen yoghurt and drinks.

Kayleigh showed us around the headquarter and accompanied us into a cozy conference room where two experts, a senior director of engineering that works in the field of software development and a product manager, were ready to talk to the delegation and answer their questions.

The social media game industry is steadily growing and Zynga was the leader in social games and with Farmville launched Zynga probably one of the most famous Facebook games ever.

After this interesting session with two experts the delegation got the unique opportunity to have some fun in the in house arcade of Zynga. 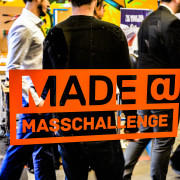 Today connectUS 2016 had the chance to visit the headquarters of Biogen in Cambridge, Boston. The company was founded 1978 in Geneva and therefore it is a company with Swiss roots in the biopharmical industry.

Nowadays Biogen has strong affiliates in 30 countries and 50 additional distribution partners around the world. The company focuses on three areas namely: speciality, neurodegeneration and rare deseases. Biogen does a lot of effort in the field of multiple sclerose, not only developping treatments to stop progression of the desease, but also to reverse the progression.

The approach of Biogen is always following three steps; discover, develop and deliver. To increase their capacity especially in the production of alzheimer drugs they started to build up a new site in Solothurn, Switzerland which should be finished in January 2017.

Founded on innovation and pioneering the site in Solothurn, Biogen perceive itself as a a game changer, and basing their key to innovation and talent focus which is in the end their road to success.

After their presentation the connectUS 2016 project team presented the project and gave additional insights about the dual education system in Switzerland. The morning ended with a Q&A session, where representatives of Biogen could ask us questions and some delegates  had the opportunities to share their own experiences.

In the afternoon the connectUS 2016 delegation went to MassChallenge a nonprofit organization based in Boston that is  specialized in supporting startups. Their goal is to make entrepreneurs win, thats why they grand access to an extensive network community of cooperators and facilities that cover all needs to establish a company. Being a non-profit organization means that it needs to be backed up with financial support. Among others corporations like Microsoft, Nestlé, Honda and Pepsico, as well as foundations and governments are supporters of MassChallenge.

To benefit from the facilities mentioned, MassChallenge selects every year 128 startups with a jury to participate in the companies four-month accelerator program. The startups need to pass 3 stages until they are accepted: the online application, the pitch and in the end the 12 weeks accelerator program. During the whole selection process the startups are accompanied by experts like mentors and almuni.

Furthermore we had the great chance to hear a pitch of Hitesh Tolani, CEO of Virtudent and the winner of last years MassChallenge competition. He talked with the delegation about his experiences during the competition and shared his personal and very specific recomendations of how to benefit most of a collaboration with an organization like MassChallenge.

Being placed in Boston gives the startups the advantage of benefiting from the ecosystem in all its extend. This year MassChallenge opened a new office in Lausanne, Switzerland additionally to its offices in Boston, UK, Israel and Mexiko.

The day ended with a reflection session where the delegation could share their thoughts with the project team about how they have felt during the onsite seminar so far. 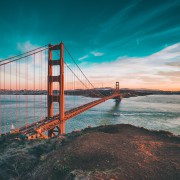 Only 3 days left until we are heading to the U.S.!

The last city we are going to introduce to you is SAN FRANCISCO and we are really proud of it since it is the first time in the history of connectUS that a project team could manage to bring the delegation to the west coast!

A highlight for the whole project is of course Silicon Valley which is located at the southern portion of the San Francisco Bay Area. Silicon Valley is home to many of the world’s largest high-tech corporations like Apple, Google and Facebook as well as of thousands startups. Therefore we are really excited to go and visit there some great companies like Youtube, Mozilla, Zynga and of course the outpost of Swisscom.

Another great opportunity we got is to visit Swissnex again in San Francisco and we really look forward to it.

The members of the delegation could decide if they want to participate in a guided city tour or a visit to Alcatraz to get some closer insights and spend some leisure time in San Francisco. 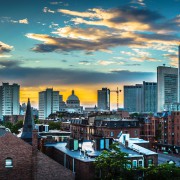 Only 4 days left until we are heading to the U.S.!

The next city we would like to introduce you is BOSTON, the second city we are going to visit in the U.S.

On the 23 of March we will leave New York City and are heading northeastern towards Boston where some great companies and a city with some important historical background is awaiting us.

Boston is the largest city in New England and is the capital of the Commonwealth of Massachusetts. Boston is well known for its historic background since it was the scene of several key events during the American Revolution further is Boston known for its important port and manufacturing hub, as well as a center for culture and education. Some of the highly ranked university worldwide are located in the area of Boston like the Harvard University or the MIT.

Swissnex a network relied on public and private funding is an outpost devoted to connect Switzerland and North America in science, education, art and innovation. Swissnex Boston is welcoming us and organized some great stuff for us. Since Swissnex Boston is the networks first location it has a pioneering status and fits therefore perfectly in our pioneering road to success.

A further highlight in Boston before we are heading to the next city is the company visit at Reebok from the Adidas Group. 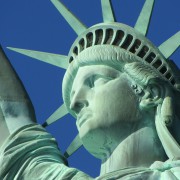 The countdown starts – only 5 days left until we are heading to the U.S.! #excited

The first city we are going to visit is NEW YORK therefore we would like to introduce you to the city and give you some insights into our program.

New York City is not just a great city to get some insight into several interesting and important business – furthermore, we will also have the chance to do some sightseeing by visiting the most important monuments like the Statue of Liberty and the Brooklyn Bridge. Besides that we got the great possibility to watch a basketball game and a late night show which will give us a great insight into the American culture.

But since we are not there for doing only sightseeing and just enjoy ourselves we want to highlight out also some points regarding our project. On Monday, we are going to have the opportunity to go to Wallstreet and get a once in a lifetime experience of it. In the afternoon we are going to visit the Venture Capitalist Alex Goldberg.

Another highlight in New York is the visit of the UN Headquarters and the Swiss consulate. 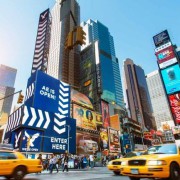 Are you wondering WHERE we will go? Here is a little teaser for you.

We will be visiting three amazing cities. Fixed are now the legendary New York City and Boston. Our third city will be revealed at the end of the month. It will either be Washington D.C., the US capital or San Francisco – which houses Silicon Valley – a famous hub for innovation and startups.